Clearing the Holocaust Survivors from my Body 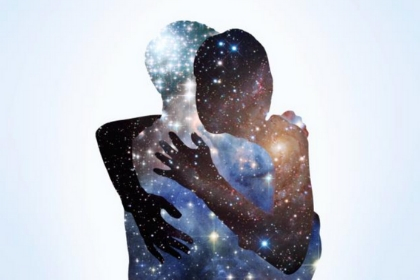 After (I don't know how many years!) of facilitating Talk To The Entities® I finally was able to clear some very sticky entities from my body only a few nights ago!

I knew for years that I had holocaust survivors (obviously they didn’t survive) attached to my body or in my world in some way and no matter what I did (and I know a LOT) I just couldn't get them to go.

About 3 weeks ago I chose to start a cleansing diet to support my body in changing some stuff going on with it. It was all going great, uncomfortable at times and I knew it was all par for the course.

I started a veggie soup fast, just for 2 days to help my system have a break and reset. On the night of the first day, all hell broke loose!

I started becoming border-line hysterical, telling my husband, “I just didn't care,” and “I am going to have a more substantial meal.” Mind you, he was not stopping me, he had nothing to do with my choices at all but for some reason, I was making him the perpetrator of me not being allowed to eat.

I stormed into the kitchen and started making myself pasta and wouldn't you know, 10 min after putting the pasta in the water it would not cook. It turned into a gluey and starchy mess. Then I snapped.

I stormed downstairs and started thinking, ‘I'm going to starve to death!’ When I heard myself think this I knew there was something up other than hunger. I knew I was not starving to death, not even close, in fact, if I was being honest, my body was not actually hungry at all.

This hysteria and thoughts of starvation were so familiar to me. They had been there all my life, lurking under the surface and terrifying me from getting too hungry. If I got too hungry or was denied a meal for whatever reason I would have to overeat to make sure that the feeling went away. Needless to say, I have struggled with weight for all of my teen and adult life.

Fast forward to the veggie soup fast. As soon as this hysteria of starving to death came up I knew something was up so I started POD/POCing myself and clearing entities and it just wasn’t working. So I called my husband (he’s also an Access & TTTE Facilitator) and told him I was flipping out and asked if he could help me.

As soon as he asked if there were any entities there I wanted to rip his head off.. so I knew we were on the right track. After about 3 minutes of clearing it was all done. All the Holocaust survivors were gone at last! After years of ‘trying’ to clear them, it was finally time!

I had finally created and chosen enough consciousness with my body that I could let these guys go. I had sworn to take care of them and one of them, in particular, was very insistent that I EAT! Very Jewish mother type.

The cleansing diet was not just helping me detox toxins, it was allowing me to gain access to all the energies, and in this case, entities that I usually put food on top of to not feel. Whenever the sense of hunger would come into my body even a little these holocaust survivors would start flipping out.

The depth of my commitment to them and the depth of their discombobulation created a recipe for no change until I had asked enough questions about my body and ran enough Access Body Processes. Only then did the change became choose-able.

There can be so many things at play with entities and people, so many lifetimes of commitments and other solidifying choices. So much unconsciousness, so much lack of real tools and assistance that works. And even when one does have the most dynamic tools and assistance possible you can only get it when you get it.

I am happy to report that I have spent the last 3 days letting myself be ‘hungry’ for at least a little bit each day and the coast is clear. No hysteria, no paranoia eating, no holocaust survivors!

Ready to discover more about conscious embodiment with Shannon O'Hara and Talk To The Entities®? Click HERE and HERE