Growing up with Rasputin 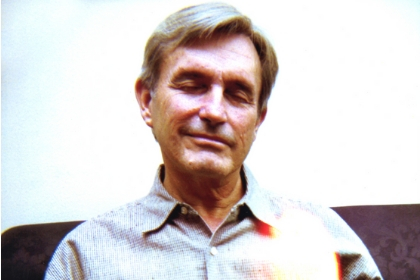 When I was eleven years old, my dad started channelling. For those of you who don’t know what channelling is, it’s when someone ‘leaves their body’ and another being comes in to speak.

My parents were always into ‘alternative’ and ‘spiritual’ things, and channelling was just one of the many things my parents were into.

Also, I will mention now that my father is Gary Douglas, founder of Access Consciousness®. How Access came to be is a very interesting story that includes Rasputin, the mad monk of Moscow.

When Access first started coming through, it was coming through a being who called him, or themselves, Novian. This is where the BARS came from.

The Novian beings were not easy on Gary’s body and at that time he was also channelling Rasputin. He said; ‘if this stuff can’t come through Raz, I’m not doing this’. The next day, Rasputin started talking about what would later be called Access Consciousness®.

Before all the Access classes started, while Gary was still exploring and playing, I recall many nights curled up in the family living room. I would be snuggled into my pajamas, mom would be on the sofa or on the floor nursing my baby sister, and Gary would be sitting in the funny purple armchair we had in the living room. Body fully erect, face glowing, eyes closed and the voice of Rasputin booming. The whole room would fill with this warm glow of energy. Not one that you could see, but one that if you had any awareness at all, you could feel.

Whenever Rasputin came to the house I felt so loved, safe and taken care of. He remained my own personal guardian for many, many years. Whenever I was afraid or upset all I had to do was call on him and that warm, peaceful energy would appear. It would soothe me, erase all the upset and replace it with ease.

In 1998, Gary stopped channeling all together and moved forward with Access in his own voice. It was time to upgrade Access from a ‘weird’, underground thing where some guy was channeling, to a mainstream, super practical system for consciousness. When there is a spirit at the helm, people tend to mistrust or get strange and significant.

By the time Rasputin retired, I was in my early twenties and had moved onto other things like; boys, sex and drugs. Yes, drugs. If only drugs made you more consciousness 😉 . A story for another time.

I count myself so enormously blessed to have grown up in a house full of this kind of magic. This is probably why I spearhead a massive body of work called Talk to the Entities® that clears the fear and gives people the tools to have awareness around spirits. A ‘spirit’ was a huge part of my life for many years. He was another member of the family in a way, and taught me so much.

When I go to find him now, he has moved on. He has become part of oneness, no longer identifiable as Rasputin. And the seeds for consciousness that he was part of planting years ago have grown to maturity. They have taken root and propagated forth many more seeds. The soft, penetrating light of kindness he showed me and so many, was a gift that only consciousness can give. The spokesperson was Rasputin; the source was fathomless.

I stand on the precipice of visiting Russia for the first time this lifetime.

What does the future hold?

Do you desire to get more conscious and create greater ease in your life? Join Shannon O'Hara Memberships, and get ready to receive and discover a greater awareness of the life-changing tools of Access Consciousness HERE.

Ready to deep dive into more and change your reality with bodies? To attend a 3 Day Body Class with Shannon somewhere around the world - see here: Shannon-ohara.com/events