The Truth about Halloween ??? 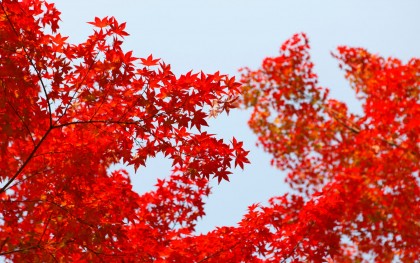 We are rapidly approaching our annual celebration of Halloween. Or historically known as ‘All Hallow’s Eva’ or ‘All Saints Eva’ or shall I call it ‘Samahin’ (pronounced sawin)?

Did you know that our present day Halloween celebration is a descendent of what the pagans (the word ‘pagan’ meaning ‘rural people’) celebrated as Samahin. Samahin meaning November in Gaelic?
This Gaelic festival marked the end of the harvest season, the livestock being driven down from high pasture and the beginning of the winter or the darker half of the year.

The date of October 31st falls approximately half way between the autumn equinox and winter solstice in the northern hemisphere.

According to Irish mythology, Samahin was a time when the doorway to the ‘Otherworld’ (the realm of the ‘dead’ and the home of the deities and other powerful spirits) opened, allowing the spirits to come into our world.  This is the night that the Druid priests and priestesses could and would predict the future, tap into the energy and create for the coming winter and beyond.

It is told in many Christian tales that this was a night of large bon fires and animal sacrifice. This ‘sacrifice’ was most likely the tribes ritual slaughtering of the animals they would live off during the coming winter.

When Christianity began to rise in popularity, they had a hard time convincing the pagan people of the new religion and God so they started grafting the Christian beliefs onto the already existing ways.
The pagan’s used this night to worship the spirits of the earth, leaving foods and presents (trick or treat) out for them. They celebrated the earth, the spirits of the earth and took pleasure in the abundance of the harvest.

Christianity was not into this form of being and so began the campaign for what would become Halloween.

Samahin became ‘All Hallow’s Eva’ (all saints eve) where all saints of the Christian church who did not have their own celebration day could be celebrated, rather than the earth, spirits and deities that pagans had previously celebrated. Those silly earth spirits!

And so we come to today where the roots of this celebration are long forgotten by most and instead of revering, worshiping and acknowledging the spirits of our earth, and the great spirits beyond we dress up like them!
Is the night of October 31st a time when the veil between our world and the spirit world really more thin?

So much has changed in the way we live our live, and I’m sure will continue to change and evolve. We live our lives less dependent or one could say connected to the rhythms and ways of the earth and cosmos. Most people today would have no idea what the sun and moon where doing in relationship to the earth, like so many of our for-mothers and fathers would have known on the solstices and equinoxes. We live much less at the mercy of rhythm of nature and more in the time of power over nature. Is it good, is it bad, or is it just different?  Am I grateful for the supermarket, my computer and indoor heat, oh yes!
Can we learn by looking to the past to know why and how we live today? Or are we better looking to the future to how we can live and what we can know and be?

Will the future include the spirits of the earth and worshiping of the elements as our ancestors did? Or the worship of the Christ god? Or will we continue to evolve into the mind of science? Or will we evolve into something else?
All I know is that if I were a rural person of earlier times I would have been a great witch who knew the forces of the spirits and revered the earth as the conscious entity it is. OH wait, I am that!
Come and celebrate a different kind of Halloween with us this year. Not one of significance nor frivolity, rather, Conscious Fun Creation. Let’s see what we can create as a conscious future!

Who knows, we may even get to play with some of those autumn spirits that the Christians banished from our awareness so long ago. (sorry Christians, had to say it)

Talk to the Entities, a new world celebration!