The Otherside of Anxiety 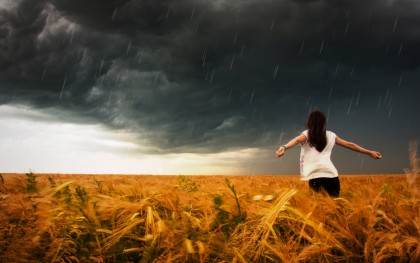 You might wonder what the spirit world has to do with anxiety. Actually, it can be quite a bit!

What if your anxiety is actually related to your awareness of beings without bodies? For example, have you ever walked into a place –  a house, a church or some historic place –  and gotten a really creepy feeling that you couldn't explain? What's creating that?

Have you ever considered that the physical symptoms of anxiety, such as rapid heartrate, shallow breathing or hyperventilating, butterflies in the belly, cold and clammy hands, etc. might be your body's way of telling you that certain energies are present? And what if those certain energies happen to be beings without bodies? I know that for me, that was one of the things I used to deal with and it was super uncomfortable!

Becoming aware of what I'm aware of

Over the past 3 years I have being mentored by Shannon O'Hara, creator of the Talk to the Entities® curriculum. Since then I've come to realize that I have the capacity to communicate with the spirit world. Many of us do without realizing it.

I've learned that there are many deceased beings who are still hanging around us on earth. These beings often still have human identities and human “issues.” I've encountered, for instance, a number of soldiers who are still traumatized and bitter over the things that they experienced in war while embodied. I've also come across frightened women who still feel that someone is stalking them even though they have died. Furthermore I have met deceased parents who are scared for their kids who are here doing drugs. There are even people who are confused (maybe they died under the influence of alcohol, drugs, or anesthesia) and don't realize that they don't have a body anymore.

I can perceive them and their unresolved issues vividly. This happens sometimes in pictures, in words, in my body, or with just a deep intuitive knowing. So not only am I super aware of all the thoughts and feelings of everyone around me with bodies, I'm also apparently aware of the ones without bodies!

How I changed my fear of entities

And in the beginning, I was tripped out by my awareness of entities and didn't know what to do with it.  My resisting and reacting to their presence created more anxiety, and I became more worked up and more uncomfortable.

Like many people, I thought that these spirits were greater than me, or that they could mess with me or hurt me in some way. I thought that somehow they were more powerful and had greater awareness. They don't. The majority of these beings are really no different than people with bodies.

I had to look at my judgments and my fears and realize that they were all inventions, many of which I'd taken on from popular culture – horror movies, scary ghost stories, churches, and other people's points of view. Using the Access Consciousness® clearing statement (theclearingstatement.com) to shift these energies really helped to create more ease with what I was perceiving.

And taking the Talk to the Entities® classes gave me really practical tools to manage my awareness and come to a space where I now have total ease in the presence of beings with no bodies, and I can actually create with them and allow them to gift to me energy, healing, money, clarity and so much more! Who'd a thunk it?

Practical tools for you

So if you're experiencing symptoms of anxiety and suspect that it may have something to do with entities, try using a few simple Access Consciousness® tools:

Do you want to dive deeper into the topic entity awareness and mental disorder? Read more about Shannon O'Hara's class on this often misunderstood topic HERE