The Weirdest Topic In The World... Entities! | Talk To The Entities

The Weirdest Topic In The World... Entities! 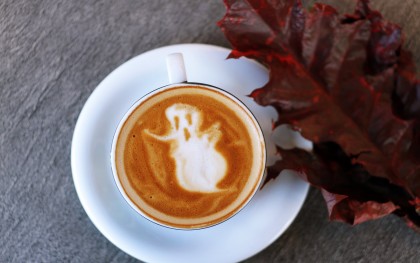 Until quite recently I actually thought that the topic of entities was a normal one. It was always something that we talked about in my family and being the founder of Talk To The Entities it is a subject that is spoken about and explored in depth on a very frequent basis.

Hearing that I thought this topic was “normal” may make you chuckle or question what you think is “normal”. To further the irony I also used to think that everyone talked to entities. Super cute and super naive! Although this is a strange topic it makes it no less relevant and impactful then all the other things that impact our lives, body and consciousness.

It is the same in that very few people think about or reflect on where people go after their bodies are taken away to the landfills called cemeteries.

It is a topic that is swept right under the rug and left there as though if it is not paid attention to it will not rot and stink. Unfortunately, not paying attention to entities does make life rot and stink. The effect that beings without body’s have in our world is vast and far-reaching no matter how you slice it. They invade our lives in all sorts of ways when they are not paid attention to. They enter our dreams and affect our psychology and bodies often only as a way of getting our attention.

Since this topic has been treated with such disregard and strangeness, people suffer from a severe lack of education about it as much as the lack of education people had about cigarettes in the 1950’s. In the 50’s, doctors recommended them and people bought them as healthy. It was not until later when more information was available about the impact of smoking that people started to get a clue about the reality of smoking cigarettes.

So, in Talk To The Entities, as strange as it is, we provide information on this topic, which is usually left, to the weirdo metaphysicians and zealot witch doctors that hardly anyone can take seriously.

For example, did you know that nearly 80% of all entities just simply need to be cleared? They hang around for all sorts of reasons. Sometimes they are simply unaware that they don’t even have a body any more. They may have died on drugs, were a seriously unconscious person or because someone in their family desperately doesn’t want them to leave. So, they stay hanging around with no body and no life.

Clearing entities is a crucial component to simply having an easier time with entities.

The other two components that anyone needs to know in order to handle entities in a more rewarding way is that sometimes they also need to be communicated with or received from. Meaning 80% of the time, clear them and the other 20% of the time you will have to communicate and or receive with and from them.

I think on a whole, most people understand what communicating with an entity could be (although I could be over reaching with this assumption!) but it is receiving from an entity that often goes beyond peoples reality.

Receiving from entities can be one of the most profound actions with entities as there are so many beings of light and caring who desire to support and contribute to you that when you turn towards that it blows your universe wide open.

It is the loss of receiving from entities that is the biggest shame in my eyes. This is definitely a case of throwing the baby out with the bath water. Just because some entities are creepy and gross doesn’t mean that they all are. In fact many entities are pure magic and light. This is  something I know many would like to believe or trust yet still deeply struggle with many of the lies they have bought and maybe in many life times sold about the vilification or the spirit world.

So the moral of the story is, what if there is a world of magical possibility awaiting you and all you need to choose is to embrace your awareness of entities and be embraced by those who will support, care for and gift to you.

Talk To The Entities is the guide to all of these worlds and we look forward to gaining your awareness.