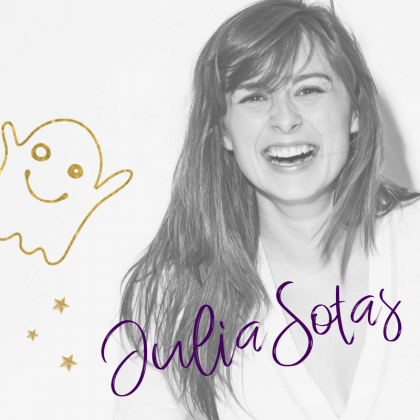 What is your favorite TTTE tool?

My favorite tool is working with entities during Entity Office Hours. This is a time of the day or week that you set aside to communicate with, clear, or receive from entities. Recently I have been doing office hours every day, sometimes, twice a day. The more you do Office Hours, the more you contribute to entities, and the better your life gets!

What is your greatest TTTE success story?

When I was 13, my Grandfather took his life.

He was a brilliant man, very innovative and driven, a fantastic real estate broker, who became very successful selling farms in Canada. But he had a really broken and abused side as well. His parents were highly mentally and physically abusive to him. As an adult, he was an alcoholic and was abusive to his family. He didn't have the tools to deal with the level of awareness he had, so he nursed it away by drinking.

One night, during Talk to the Entities Facilitator Training in Paris, I couldn't sleep. It was midnight; my husband was in a deep slumber next to me, and no matter what I did I couldn't manage to rest my weary eyes. Because I have the tools of Talk to the Entities, I opened myself up to receiving all the entities in the room. My awareness began to drift to the small farm city that my grandparents had lived in.

Suddenly my Grandfather came right to me. He was energetically jumping for joy. He was so relieved that he had finally gotten through to someone. Shortly after he died he threw pots and pans around my Grandmother's kitchen at night, but she didn't have the tools to speak to him, so that was the closest he had been to connect to anyone with a body until now.

I asked him how he was and what his world had been like since he left his body.

He let me know that he had been coming to Access Consciousness Classes with me for years. He had gone through a massive healing process and was much more conscious and happy now. His energy brought me to tears with the level of kindness and contribution that he has been to me all along.

He asked me to pick up my phone and he began writing a message to my mother (his youngest daughter). My fingers were furiously typing away for a good while until he had finally finished. I asked if my Mom could receive the message and then sent it her way.

My Mom was overjoyed to hear her first clear message from her dad.

One hour later, my Mom sent me a text from my farm with a picture of a rainbow stretching perfectly over the length of our entire farm. It had appeared about 30 minutes after my Mom had read the message.

What would you love people to know about TTTE?

For me, Talk to the Entities is about healing your being. There is a 3:1 ratio of people without bodies to people with bodies on this planet, so if you are ignoring the vast majority of beings on our planet, there is no way your life can work as freely and beautifully as it could if you chose to be present with them.

You are one of the only people in the world who is capable of listening to them. How much does it hurt you to ignore this ability? What would it take for you to claim it totally?