Why Houses Get Haunted? 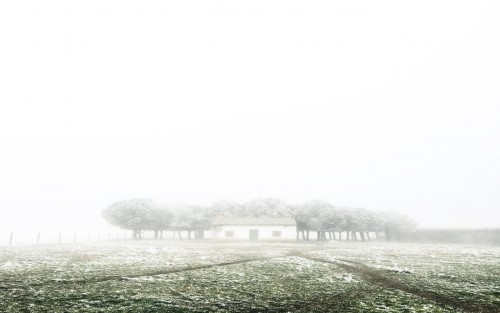 The tale of the haunted house is an old and well worn one. The spooky house that no-one wants to go near. The creaking floorboards, the shadows moving down the halls, the whispers in the night, the books flying off the shelves and the other ‘unexplainable’ phenomenon.

For too long, why houses get and stay haunted has been shrouded in mystery. Once you know why houses get haunted it is sure to remove most if not all of the superstition and make it all seem…………… well, silly!

The number one reason houses get haunted is simply because the person living there before might not know they are dead! Seriously.

When people are not super conscious people, they are also not super conscious entities. Also if someone's body dies while on drugs, the being transitioning can oftentimes be heavily affected by the drugs. Meaning, they are unconscious from the drugs even after they have left their body and they do not recognize they don’t have a body anymore. So they just hang around (boring).

In addition to the unconscious thing, often when people's bodies die from shock or trauma this can create a holding of sorts. They are in a shock-trauma holding pattern and are not able to ‘move on’. So they are just sort of stuck there, not alive and not able to move onto their next choice.

Can you imagine the gift you would be to a spirit like this? I’ll show you how.

The number two reason why houses get haunted is because you have an ownership spirit. These are the ones who even though they don’t have a body anymore (and know it) still have the point of view that it’s “THEIR HOUSE!”.

They do a lot of MINE! They just think they own it pure and simple and you being there is an invasion of their ownership.

The solution for this is surprisingly simple.

The number three reason how houses get haunted is because someone is inviting the spirits there either intentionally or unintentionally. When people use drugs (pharmaceutical or recreational) or excessive amounts of alcohol it draws a certain kind of spirit in.

People can also have abilities with entities like I do and this draws spirits in. This only becomes a bad thing when the person is unconscious to this fact or desires to be unconscious to this. An ability is an ability, love it or hate it, it’s not going away. This is the entire premise of Talk to The Entities®, giving people all the tools and info they require to thrive with their spirit abilities.

The number four reason a house gets haunted is because its built in the wrong place. There are places for people and there are places for spirits. Since people have become the self-appointed rulers of all of earth they blunder and stumble and put things where they won't work. If people would follow the energy, trust their knowing and honour the energy of the earth (which includes spirits) they would put their houses where they would work. Not where they would block and stop energy and entities from flowing.

As it is for the most part people don’t follow the energy and houses get put where they will accumulate energies from the earth in the wrong ways and even create a stuck space where entities get trapped (so to speak).

The most obvious examples of this are on a place that used to be used as a graveyard or even a less obvious one is on a biological earth portal. The earth has portals as part of its biology and its is very unwise to build a house on or right by one. It's like putting a house on a sinkhole except the house won't sink, it will just fill up with ghosts. Bad design essentially, that’s all.

That is all the circumstances and reasons houses get haunted. Nothing more.

Please note, having spirits visit an individual in the house is different than the house being haunted. When that individual moves from the house the spirit will move too. The house isn’t haunted, the person just has spirits around them, different. Spirits have to stay with a house in order for it to be considered haunted.

If you would like to learn how to handle all these scenarios, please listen to House and Space Clearing from A to Z. Click HERE

It is a 3-part class with literally all you need to know and even more beyond that. You will be able to handle and create beyond any haunting situation in not only houses but buildings and property.

If you would like even more depth on the subject please jump straight into the House Clearing Program! Click HERE

Haunted houses are a thing of the past, the future is knowing what creates the stuck energy and entity we are calling haunting.