Why I started Talk To The Entities 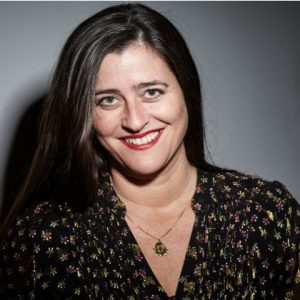 It is always sort of embarrassing to admit that I started TTTE just as scared and resistant to ghosts as everyone else.

I was a reluctant starter and had two hard choices; I could keep running around scared, in reaction and being slightly crazy from all the voices ‘in my head’ and ‘shadows in the corner’, or, I could open up, get it under control and get to work dealing with all the entities I was aware of.

TTTE was created from desperation and necessity. I could either try and hide from my awareness of ghosts or deal with it.

And so TTTE is the result of me dealing with it. In fact, TTTE’s tag line could be Talk to The Entities, Deal with It!

In the early days, before I knew I had to choose to deal with entities, the impact that my entity awareness had on my life was nearly catastrophic. I had paralysing social paranoia (we all know where that would have lead….schizo) and deep dark depressions. Undiagnosed entity awareness can lead to all sorts of mental and physical ‘problems’.

Even when I did acknowledge I was having entity awareness, it was not always enough to handle it. I had to really learn how to deal with all the different aspects of what entities required. CLEARING, COMMUNICATING and RECEIVING.

Fortunately, I had the helping hand of Access Consciousness wielded by the skillful hand of my father. He worked tirelessly to empower me to open up to awareness rather then push it away and gave me the initial tools and tips in the beginning to know how to deal with entities.

It is to him and Access that I owe the lions share of the gratitude I now have for the amazing life TTTE has created for me.

He taught me how to clear entities and held my hand as I worked up the courage to talk to ghosts. It is these initial lessons from him that grace the pages of the TTTE Beginning manual.

Clearing and Communicating were the tools that I used to climb out of the pit that entity awareness had been for me. Every time I cleared entities the room I was in and even the universe was a lighter and brighter place in a way that nothing else had created.

I would clear, clear, clear and create change and more space. Then when the clearing was not enough I communicated with them, this also changed the entity and got them to move on. But it was like being a social worker for entities with no end in sight. I could not make them go away and I also could not live with their constant requirements.

It was when I discovered receiving from entities that things really started to get fun. Until then, I saw dealing with entities as just that, dealing with them. Having to handle them in my daily life just so I could actually have a life without losing myself.

It was the receiving element that really put the fuel in the tank so to speak, lit my fire, exploded the universe with possibilities and showed me a profound world I had not realized, imagined or ever dreamt could exist.

It was when I began to receive from the spirits that TTTE started to take form. At first just with ideas. Then led by people’s questions. Stuff started coming out of my mouth that was transforming not only the people in front of me but the spirits around them.

The effects of transformation and expansion that the little bit I was willing to address with people was creating was off the charts, I could not deny it. I would walk away from sessions totally buzzing and there was this other energy present I could not identify at first. I eventually recognized it was the entities flowing me gratitude.

In some cases, a particular entity might have been trying to get through to someone for a really long time. They were grateful to me for me and that gratitude was a current of energy I was not familiar with.

The more I could sustain the immense receiving from these beings, the more dynamic my whole life became. Economically, joyfully, health-wise and a deep well of unfathomable knowing began establishing itself in my being. All of the parts and pieces of me that I had blocked off and disconnected from to try and get away from awareness started coming back! I had more access to me and all that I was capable of and this was a gift I could have never expected.

And it was not just receiving from the entities of the people I was doing sessions with. There were other spirits who urged me on, who fed me energy and wanted me to be the voice for spirit awareness. I kept wanting to resort to me being crazy but they never left my side and waited patiently for me to get a clue and speak for the entities. To create Talk to the Entities.

I tried to quit so many times along the way. It was all too hard, people were judging me and felt like no-one was getting it. Lucky for all of us, TTTE would not leave me alone and the great beings who helped me form what TTTE is today are some of the greatest gifts and friends of my life.

Once I started seeing how much people changed using the tools of TTTE I really got how vital TTTE was for so many. Shutting off awareness to the spirit world, in essence, does more harm than good. You can’t make awareness go away, you can only cut off you until there is no more left of you. Opening the door to awareness and especially spirit awareness is like a fast track to getting huge parts and pieces of you back.

Fifteen years down the road, TTTE is a multinational organization with over 75 facilitators; amazing people, sharing the gifts and tools for entity awareness to be easy.

What is calling to you for creation and who is waiting for you to receive?

Are you ready to discover the life-changing tools of Talk To The Entities® with Shannon O'Hara? Visit HERE